IDFA is dead, what’s the future ahead for MMPs?

Home.Business.IDFA is dead, what’s the future ahead for MMPs?

Next September, Apple will launch the iOS 14, and with it, a substantial part of the attribution landscape will change.

The previous identifier for advertisers (IDFA) that enabled marketeers to identify univocally a specific device/user won’t be shared along the attribution chain if the end-user chooses not to do so. Most probably, that will happen in the majority of the cases a user installs an app in the future.

This change is justified by Apple as a way to increase the privacy of the whole eco-system, protecting end-users ’ data and identity. 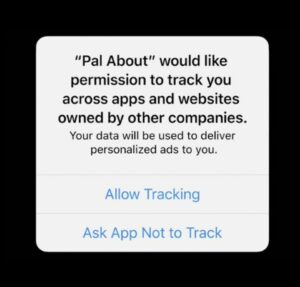 This means that companies that based all their business model on mobile attribution (commonly known as MMP’s – Mobile Measurement Partners), such as AppsFlyer, Adjust, or Kochava, are at a big risk of becoming irrelevant, or at least much less relevant than they have been until now.

I must admit that the next few paragraphs are speculative in nature and I just intend to make you think about a few conspiracy theories that have been popping up on my mind.

So here it goes:

Or was this just the best pretext for Apple to integrate vertically and become the new source of truth in what comes to attribution on the iOS platform?

If you think about it, Apple is much better positioned than AppsFlyer, Adjust, or Kochava to become the only MMP a marketeer needs on iOS.

All this information gives Apple an edge in what it comes to understanding a user’s behavior outside and inside an app, giving marketeers the best lifetime-value analysis and predictions.

Currently MMP’s base their entire business model on charging App Developers a fee per each event, usually a conversion / attributed install.

I believe Apple could be completely disruptive to the current MMPs business model by including its attribution service on their Apple Developers Program perks (check the current ones here: https://developer.apple.com/programs/whats-included/) and continue to charge only 99 USD per year.

This could be a huge saving for big App Developers that are currently paying huge sums of money for events that are many times fraudulent and that don’t add value to their business.

Without IDFA, retargeting activities become impossible (or at least much more complex) since you can’t retarget a user you can’t identify univocally.

But again, Apple could enable that capability only on Apple Search Ad campaigns, giving marketeers the only channel to retarget previously acquired users and increasing its relevance at the same time.

Fraud is another dimension where Apple can help. If Apple enforces that an Apple ID account can only attribute once per app, fraud will be much harder to do, since a fraudster would need to create multiple Apple ID accounts to generate multiple attributions.

These are only some of the ways I see this change to playout for the current MMPs but a lot is yet to be revealed in the upcoming months. Currently, MMP’s are coming up with big marketing stunts to keep their relevancy, but all those marketing stunts will fall short if Apple really wants to eat their cake.

Let’s see what the future brings for MMPs.

If you would like to discuss this topic, feel free to reach out to me via twitter @LuisFrade.

CEO
Luis is passionate about business, technology and big-data. On his free time he enjoys doing sports and reading books.